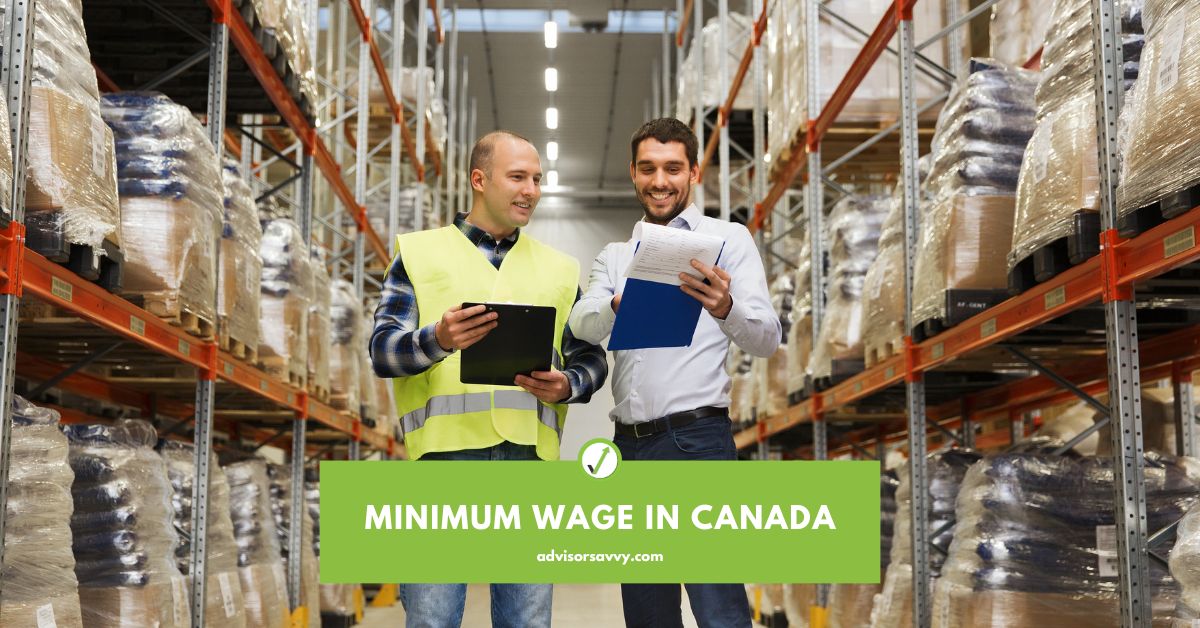 The minimum wage is meant to ensure a baseline pay that supports a minimum lifestyle — food, basic utilities and shelter, at the very least. Since the cost of living varies so greatly across Canada’s provinces and territories, the minimum wage isn’t uniform across the country. Additionally, minimum wage increases here and there with inflation, but usually not enough to keep up with it. So, the question becomes, what is the minimum wage in Canada by province? Continue reading to learn more in this guide!

The minimum wage in Canada by Province

Until recently, the Canadian government allowed provinces and territories to set their own minimum wages. In December 2021, Canada announced a federal minimum wage. Although it only applied to workers in federally regulated private sectors, like transportation, banks, and postal services.

On April 1, 2022, Canada increased the federal minimum wage to $15.55 per hour. Remember, this minimum doesn’t apply to workers in non-federally regulated industries unless the provincial minimum wage is $15.55 or higher.

You might be wondering, how are minimum wages set in Canada? Let’s take a look below.

Start working with a Financial Advisor today. GET STARTED>>>

How Minimum wages are determined

In Canada, the federal minimum wage is updated yearly to match price increases for food, shelter, and other essential services based on the Consumer Price Index (CPI). In other words, the minimum wage rate is adjusted for inflation, to a certain degree. For example, the annual change from 2021 to 2022 was 3.4%. Some provinces, like New Brunswick, Ontario, and Manitoba, follow suit using the CPI. But still, the CPI increase doesn’t reflect inflation exactly, especially this past year.

Keep in mind that minimum wage also changes depending on specific work arrangements. For example, the minimum wage is softened if a worker receives room, board, and meals included in their employment.

Provinces/territories and their minimum wages

Below is a breakdown of the minimum wage in Canada by province and territory.

If you refer to each of the respective provincial government websites linked above, you might notice some wages are set to increase over the next year or two. For example, Saskatchewan’s minimum wage is set to increase to $15 in 2024. And Nova Scotia will increase the minimum wage to $15.00 by 2024.

Here’s a quick glance at minimum wage increases expected in the next few years:

Which province in Canada has the highest minimum wage?

Nunavut has the highest minimum wage in Canada at $16.00. Only a half-dollar or so higher than Alberta, British Columbia, and Ontario, Nunavut has some of the country’s highest living costs.

For example, rent for a two-bedroom is as high as $2,600, and groceries are astronomically high. We’re talking $21 for a bag of cherries and $27 for a case of pop — over three times the price of groceries in other provinces. This makes sense since Nunavut is so far north and it takes extra resources to bring utilities and supplies up.

It’s also worth noting that rent is so unaffordable that most people live in social or government housing in Nunavut or accommodations rented out by their employers. A minimal number of people rent from private landlords, as common in many other provinces.

Applying for a loan, credit or mortgage?
Take back control of your credit with a 7-day trial from PFM Verify
Apply Now >>

Here are some quick stats to visualize how the minimum wages fare with job opportunities, costs of living, and more.

While the average incomes seem much higher than the minimum, keep in mind that those figures often include to the incomes of two or more people.

Which city has the highest minimum wage in Canada?

Nunavut has the highest minimum wage in Canada, followed by Yukon, British Columbia, and Ontario. The provinces don’t assign different minimum wages based on city. So even if you live in Toronto, Ontario, you’ll be subject to the same minimum wage as someone living in North Bay, for example.

Factors that affect wages by province

Minimum wage is set by a few factors (inflation and the Consumer Price Index). However, overall wages might fluctuate based on various factors:

Will the minimum wage increase in 2023?

Learning about the minimum wage in Canada by province helps Canadians make decisions on where they’d like to live or run a business. In addition, it helps us make informed choices about our income and financial planning.

Read More: What is the average annual income in Canada?

Receive the latest savvy articles and guides delivered straight to your inbox.