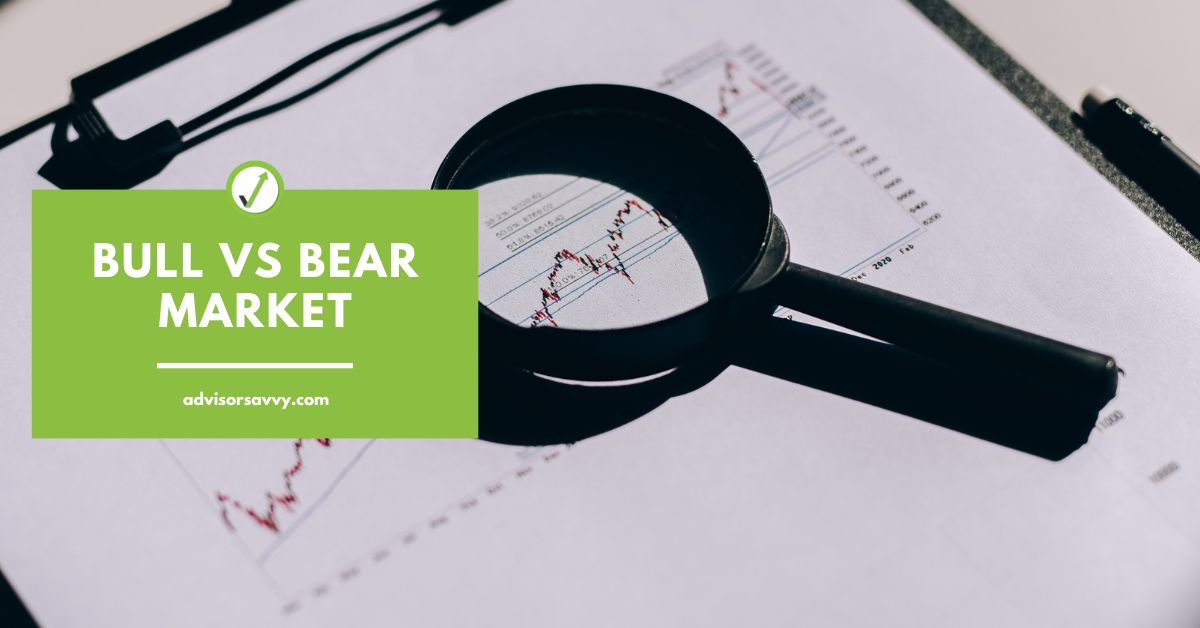 Are you feeling bullish or bearish? Depending on your outlook, you may view the stock market in one of two very different ways. Some investors are confident and optimistic, expecting the market to continue its upward trend. Others are more conservative, anticipating a downturn spiral that could send stock prices tumbling. So which is it: bull or bear market? Honestly, it’s hard to say. The stock market is a complex system with many moving parts, and predicting its exact trajectory is virtually impossible. However, by understanding the key factors driving stock prices up and down, we can make informed decisions about where to invest our money. In this blog post, we’ll take a closer look at bull vs bear markets – what they are, how they work, and what factors influence them.

What is a bull market vs bear market?

What is a bull market?

A bull market is a market with rising prices or where there is an anticipation of rising prices. The term “bull market” is most often used to refer to the stock market. But the term applies to anything that is traded, such as bonds, real estate, and commodities. A bull market is the opposite of a bear market, in which prices are falling, but more on that later.

Corrections and bear markets are a natural part of the investing cycle. However, it’s important to remember that bull markets almost always follow bear markets. The cycle goes on and on.

While there is no guaranteed way to predict when a bull market will start or end, there are certain indicators that can give you a clue. For example, stock prices tend to rise when economic growth is strong and corporate profits are growing. When those indicators start to weaken, it could be a sign that a bull market is coming to an end. Of course, no one can say for sure when the next bull market will start. However, by being aware of the signs, you can better prepare to take advantage when it turns.

What is a bear market?

A bear market is a prolonged period of time during which asset prices decline significantly. The average length of a bear market is 1.4 years, but they can vary in length from months to decades. Bear markets typically occur every 3 to 5 years.

There are many causes of bear markets, but the most common is simply an overcooked market. When prices get too high, too fast, and fundamentals can’t keep up, a market correction is inevitable. Other causes include recessions, political uncertainty, and negative news cycles.

Investors typically react to bear markets by selling off their assets and moving to cash. However, this is often the worst thing you can do. Bear markets often occur before bull markets, so selling off your assets means you miss out on the rebound. Instead, it’s often better to ride out the bear market and even buy assets when prices are low. This is easier said than done as it requires a lot of patience, knowledge and discipline.

So, what causes bear markets? There can be a variety of reasons, but typically it’s due to a combination of factors including economic recession, high inflation, interest rate hikes, or political uncertainty.

Investors might become worried during bear markets and start selling off their stocks. This can create a self-fulfilling prophecy where the market keeps going down because more and more people are selling.

If you’re thinking about investing in a bear market, there are a few things you should keep in mind. First, don’t panic. It’s important to stay calm and rational when asset prices are falling. Second, don’t try to time the market. It’s impossible to know when the bottom will hit, so it’s best to just ride it out. Finally, remember that bear markets don’t last forever. Eventually, the market will rebound and you will start making money again.

You can better understand bull vs bear markets by evaluating the history. What has happened before will usually happen again.

We’re in the midst of a bear market right now, but how does it compare to other bear markets in history?
The current bear market began in February 2020 and is ongoing. The last bear market before this one began in October 2007 and lasted until March 2009. That means that this bear market is already longer than the previous one.

It’s also worth noting that the stock market is not the only thing that’s in decline during a bear market. Many other economic indicators also tend to fall during these periods. For example, unemployment usually rises and consumer confidence usually falls. This can lead to a decrease in spending, which can further hurt the economy. While the current bear market may not be as severe as some previous ones, it can still have a significant impact on the economy. But remember that bear markets don’t last forever. Eventually, the stock market will rebound and start climbing again.

Why is it called a bear market?

It’s called a bear market because it’s supposed to be a period of decline in the stock market. Some people say the name came into effect because bears are associated with hibernation, and the market is like a bear during a winter sleep. Others say the name comes from the tendency of bears to swipe downward when they attack.

Why is it called a bull market?

A bull market describes a financial market in which prices rise or expect to rise. The term “bull” is thought to come from the way a bull charges: by thrusting its horns up into the air. In the same way, prices in a bull market are moving upwards. Investors who buy during a bull market are said to be ” bullish” about the future.

Is it better to buy in a bull or bear market?

Some people believe it is always better to buy during a bull vs bear market, when prices are rising and optimistic sentiment is high. Others argue that bear markets are better, when prices are falling and there is more fear and uncertainty, because assets can be bought at a discount.

There is no easy answer as to which approach is better. It depends on a number of factors, including an investor’s risk tolerance, time frame, and investment goals.

For example, a retired person may be more risk-averse and therefore prefer to buy during a bull market when there is less chance of losing money. On the other hand, a younger investor with a longer time horizon may be more willing to take on risk and buy during a bear market, betting that prices will eventually rebound.

Investors should also consider their investment goals. For instance, someone who is saving for a short-term goal, such as a down payment on a house, may be better off investing in less volatile assets, such as bonds or cash. On the other hand, an investor with a longer-term goal, such as retirement, may be willing to take on more risk in order to achieve higher returns.

Ultimately, there is no right or wrong answer when it comes to whether it is better to buy during a bull or bear market. It depends on each individual investor’s tolerance for risk, time horizon, and investment goals.

Is it good to buy in a bear market?

In general, buying in a bear market can be a smart move. Prices are lower, so you can get more for your money. And if you’re investing for the long term, you’re more likely to come out ahead by buying when prices are down and selling when they rebound.

Preparing for a bear market

When the stock market starts to tank, it can be a scary time for investors. But if you’re ready for a bear market, you can weather the storm and come out ahead.

Here are some tips for preparing for a bear market:

With these tips in mind, you are ready for a bear market and will make money even when the market is down.

So, which market do you prefer in the bull vs bear market debate? It’s important to remember that no one has a crystal ball, so no one can say for certain which direction the markets will move. However, by understanding the key factors driving stock prices up and down, we can make informed decisions about where to invest our money – whether that’s buying stocks when the market is bullish or waiting until it looks like the bear is ready to take over.

At the end of the day, it all comes down to your risk tolerance and investment goals. What matters most is that you stay calm and collected under pressure, keeping a cool head. This will set you apart from many investors.